Karen Bernstein is a Canadian voice actor. She provided the voice of Amy Anderson in the first and second seasons of Optimum Productions localizations Sailor Moon, and the subsequent films, The Promise of the Rose, Hearts in Ice, and Black Dream Hole.

Bernstein's career began in 1977 in the film Why Shoot Teacher? as Violet Sinclair. She went on star in Beverly Hill Teens as the character Tara and Jet. Bernstein's body of work has largely focused on voice work. She has appeared in series as The Never Ending Story, Tales From The Crypt, and The Magic School Bus.

In 1995, she starred in the original English localization of Sailor Moon and Sailor Moon R, produced by DiC Entertainment as Amy Anderson. She declined to return to the role on account of other projects, and was later replaced by Liza Balkan for the third and fourth seasons, Sailor Moon S and Sailor Moon SuperS.[2]

Bernstein, however, did reprise her role for the Pioneer Entertainment funded and distributed localization of the Sailor Moon films, The Promise of the Rose, Hearts In Ice and Black Dream Hole. She later made a public appearance at the 2014 Los Angeles Anime Expo, to commemorate Sailor Moon Day. 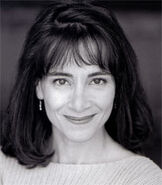 Retrieved from "https://sailormoondub.fandom.com/wiki/Karen_Bernstein?oldid=12276"
Community content is available under CC-BY-SA unless otherwise noted.